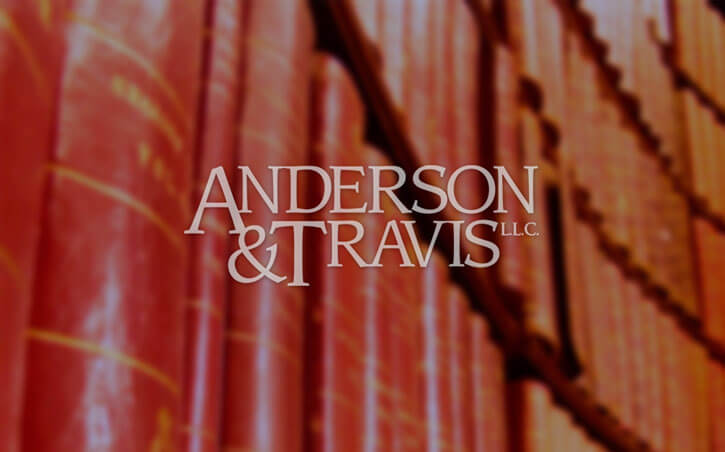 COLORADO SPRINGS, CO, June 7, 2004 – Anderson & Travis, P.C, announced today that medical findings from the Department of Defense (DOD) Spatial Orientation Center establishes a causal link between the panic attacks Staff Sergeant (SSG) George Andreas-Pogany suffered in Iraq and his use of Lariam (generically referred to as mefloquine). The medical findings support SSG Pogany’s claim that he had a normal combat stress reaction to seeing a dead Iraqi body that was exacerbated by toxic effects of Lariam (mefloquine). As a result of this reaction, criminal charges of cowardice and willful dereliction of duty were brought against SSG Pogany. Both charges were subsequently dismissed; however SSG Pogany remains in legal limbo with his military career effectively over.

On June 2, 2004, Dr. Michael E. Hoffer, Chairman of the DOD Spatial Orientation Center, diagnosed SSG Pogany with injury to his brain stem and vestibular abnormalities as a result of antimalarial drug toxicity likely caused by the drug Lariam (mefloquine). Unfortunately, SSG Pogany is not the only service member suffering from antimalarial drug toxicity. The Associated Press reported that Dr. Hoffer has treated nine service members in the past six weeks who returned from Iraq or Afghanistan.

In a June 2, 2004 letter to Secretary of Defense Donald Rumsfeld, Senator Dianne Feinstein urged the Pentagon to step up efforts to track medical damage stating, “Given the gravity of this diagnosis I think it is necessary that the DOD immediately implement a program that will allow soldiers to report side effects . . . and that reporting side effects would not have a negative impact on their military service or career.”

Additionally, the Department of Defense acknowledges that, “normal reactions to deployments and combat stress may be similar to both the common and behavioral side effects of mefloquine.” While SSG Pogany was in Iraq, CPT Houck, a licensed clinical psychologist with a Combat Stress Control Team, stated SSG Pogany “reported signs and symptoms consistent with those of a normal combat stress reaction.”

The Department of Defense urges commanders, “to send service members to health care providers as soon as possible if any of the common and behavioral side effects are observed . . . [and] not to delay immediate medical treatment because it could put service members or units at risk.”

Despite the command’s awareness of the risks and side effects of Lariam (mefloquine), for the past 6-7 months, SSG Pogany’s command has deliberately interfered with and delayed his medical treatment without any medical or legal justification. Moreover, even though the current medical record vindicates him and establishes a causal link between the panic attacks he suffered in Iraq and his use of Lariam (mefloquine), the command still refuses to notify him of the final disposition of his pending charges.

Richard Travis & Wayne Anderson, SSG Pogany’s attorneys, stated, “The command has unreasonably delayed the final disposition of SSG Pogany’s case.” As former military
prosecutors, they are stunned by the command’s and prosecution’s delay and refusal to consider the medical literature regarding Lariam (mefloquine). Article 98 of the Uniform Code of Military Justice (UCMJ) requires the command to expeditiously dispose of SSG Pogany’s case.

They have not done so, said Richard Travis. “Instead they have unnecessarily delayed this case, and refused to inform us of the status of the charges, claiming it is ‘under consideration’ and ‘we don’t have to tell you.’” Furthermore, Richard Travis stated, “the command also violated military regulations regarding reprisal and command directed mental health evaluations, delayed SSG Pogany’s medical treatment, and caused SSG Pogany undue financial and emotional suffering. Now that the medical evidence demonstrates that SSG Pogany had a normal reaction to combat stress exacerbated by Lariam (mefloquine), it’s time for the command to admit they made a mistake and apologize to SSG Pogany and his family.”

SSG Pogany is frustrated with the command’s interference with his medical treatment and the delayed disposition of his legal case. He is relieved that additional medical findings support his claim that he had a normal combat stress reaction that was exacerbated by Lariam (mefloquine). SSG Pogany looks forward to a quick resolution of his legal nightmare. He states, “no soldier serving his or her country should face the same legal and medical ordeal that I endured. All Army commanders should accept responsibility for ensuring soldiers affected by Lariam (mefloquine) and/or combat stress have an opportunity to be evaluated, diagnosed, and treated without fear of reprisal for reporting side effects.” Additionally, SSG Pogany calls for commanders to develop a better understanding of Lariam (mefloquine), its side effects, and combat stress reactions, as well as fulfill their responsibility to their soldiers by ensuring that Department of Defense information regarding the use and side effects of Lariam (mefloquine) and the effects of combat stress are effectively communicated to every soldier during pre- and post-deployment health assessments.

Media interested in additional details can call (719) 520-5011 for more information.

1 The DOD Spatial Orientation Center is at the Naval Medical Center in San Diego, CA
2 This information paper was a collaborative effort between the Department of Defense, the Deployment Health Clinical Center, Walter Reed Army Medical Center, and other governmental agencies.

About Anderson and Travis LLC