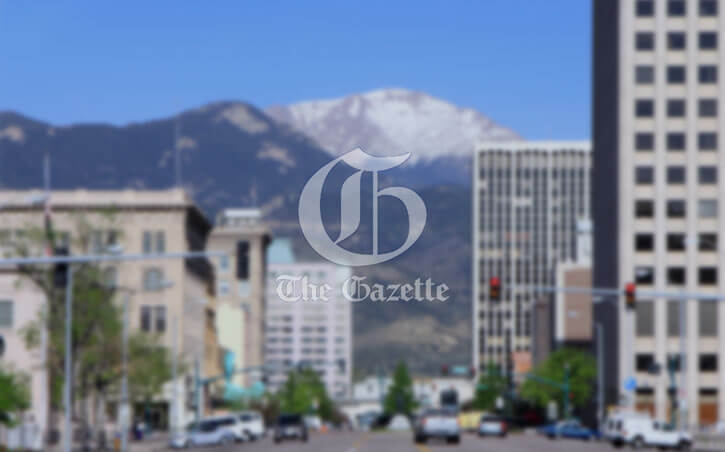 Posted at 18:50h in In The News, News by Travis Law Group 0 Comments
Share

By Tom Roeder and Cary Leider Vogrin, The Gazette

“Imagine you’re home in bed, sound asleep, then you wake up and hear glass breaking in your children’s room.

“Now imagine feeling that way for a year.”

The waking nightmare has followed Fort Carson Sgt. Christopher Cain and more than 1,500 other local soldiers home from Iraq.

Most of the mental health problems faced by homecoming troops are mild, Fort Carson officials say. Up to a third report a little sleeplessness here or paranoia there, the post’s top doctor said. These symptoms will disappear after a month or so at home for all but a few.

But a growing number of cases are more severe, like Cain’s. Nearly 600 Fort Carson soldiers were diagnosed with post-traumatic stress disorder last year, up from 102 cases in 2003 when soldiers started returning from their first tours in Iraq and Afghanistan. It was the fourth straight year with a significant increase in the number of soldiers being diagnosed with PTSD.

With symptoms that range from hyperawareness to angry outbursts, PTSD is an anxiety reaction to traumatic events, which Iraq brings by the truckload. It plagues up to 10 percent of soldiers returning from war.

Now the military is discovering a new problem. Substantial numbers of troops are showing lingering signs of traumatic brain in- juries suffered in Iraq, mainly concussions caused by roadside bombs.

All this can add up to some scary side effects.

Commanders say mental health problems from war could be tied to other troubles, from an uptick in the divorce rate to more drunken driving arrests.

“One of the things we stress is that nobody goes to war and comes back the same,” said Jill Nugin, who coordinates the post’s family advocacy program. “We’re busy, but we’re not dealing with things that have hit a scary level.”

Fort Carson faced congressional and Pentagon scrutiny this year after complaints that care at the post was inadequate and that soldiers with war-caused mental illness were being improperly discharged.

One of the biggest critics is former Fort Carson soldier Andrew Pogany. For three years, he has spent about 40 hours a week digging into complaints and trying to help scores of soldiers who he said are receiving inadequate care.

Post spokesman Lt. Col. David Johnson said that in about a dozen incidents, soldiers have experienced trouble getting care because of undereducated leaders at the platoon and squad level.

He said the post has launched an education campaign to ensure that commanders know the importance of getting troops mental health care.

The rise in PTSD cases mirrors a rise in crime statistics at Fort Carson. The number of soldiers going AWOL for a month or more went from 22 in 2003 to 110 last year. Domestic violence reports rose from 21 in 2003 to 79 last year, and theft reports jumped from 68 to 179.

Pogany said the Army’s biggest failure is its inability to help mentally ill soldiers who use drugs or commit crimes.

“We’re leaving a fallen comrade behind, but it’s not on the battlefield, it’s back here at home,” he said.

Commanding Gen. Robert Mixon said he and other commanders at Fort Carson are having to learn how to determine what criminal activity is a symptom of mental illness. Some soldiers will get court-martialed, others will get treatment.

Pvt. Aaron Dunn, for one, traces his drug addiction to post-traumatic stress.

“I started using meth to drown out the symptoms,” the 25-year-old said. He said he doesn’t even remember last Thanksgiving, when he was on methamphetamines, an antidepressant, alcohol and the pain reliever Percocet. He said he had also taken Ambien, a sleep aid recently linked to bizarre and dangerous behaviors.

Dunn said his PTSD symptoms began after he was run over by a Humvee in March 2004 and suffered a broken wrist, ruptured bladder and fractured pelvis. He was sent to recover at Fort Hood, Texas, then back to Iraq about six months later.

Dunn said his big troubles started when his tour was finished, and he returned to Fort Hood.

“I wouldn’t want to do anything. I had no emotion toward anything. I would snap. I’d start crying,” he said.

Dunn, who graduated from high school in Longmont, said he started using meth in 2005.

“My reasoning behind it was, ‘What’s this compared to what I’ve done?’” he said. “‘What’s doing drugs compared to taking a human life?’”

“We were still at Fort Hood. He started going out a lot, and you know, started drinking a lot. He was real distant from the family,” including their two young daughters, Mary Dunn said.

It was a year before his meth use was discovered during a drug test at Fort Carson, where he had been reassigned.

“The psychologist said I was using meth to, quote, ‘Stay in La-La Land,’” Aaron Dunn said.

Since February 2006, he said he’s been at St. Francis Behavior Health Services twice and at Cedar Springs Behavioral Health System once for inpatient care not offered at Fort Carson.

In one of those instances, he pulled off the freeway at Garden of the Gods Road and called 911. “I had a panic attack while driving down I-25,” he said.

He’s now sitting in the county jail, which holds prisoners for the military, on multiple charges that include allegations of sexual assault, disrespecting an officer and meth use. He won’t discuss the first two allegations.

Aaron Dunn, assigned to the 984th MP Company, said he was a model soldier before suffering posttraumatic stress symptoms.

His military defense attorney, Capt. Elizabeth Talarico, confirmed that her client has been diagnosed with chronic PTSD but would not comment on whether that will be used in Dunn’s defense.

Richard Travis, formerly the Army’s senior prosecutor at Fort Carson and now in private practice in Colorado Springs, said he is representing soldiers in other cases where PTSD is a factor.

In one divorce case, a wife cited PTSD in hopes her husband won’t get unsupervised visits with their children.

No divorce statistics are kept at the post, but Nugin said marital strife has increased as spouses have been separated by multiple war tours.

“I’ve had other guys in the context of divorce talk about PTSD and the attempt to get counseling and how difficult it is to get individual counseling,” Travis said. “At least some of my clients did not want to participate in group sessions because they did not feel comfortable doing so.”

In courts-martial, Travis said PTSD “becomes an issue when you try to figure out why someone who was a good soldier now has issues.”

Rates of diagnosed mental problems are higher for the Iraq war than for any earlier conflict. Experts attribute most of that to advances in understanding of mental health — things that would have been ignored in the past such as mild irritability and sleep disorders are being seen as symptoms of mental health problems.

And it is known that combat leaves a mental mark that can run deeper with increased exposure.

Thousands of Fort Carson soldiers have been to Iraq twice since the war began in 2003, and hundreds have served there three times or more.

The post’s 3,600-soldier 3rd Heavy Brigade Combat Team will head to Iraq in September for its third yearlong tour in five years.

Kiley also said that PTSD rates are higher among soldiers not properly trained for the combat they face.

Another contributor is what Fort Carson now considers to be deployed soldiers’ most common health problem: “traumatic brain injury.”

Col. Steve Knorr, the post’s top psychiatrist, said the post is doing well in its first extended war in the modern era of mental health awareness.

But from the commanding general on down, officials at Fort Carson say blending sensitivity into the Army’s John Wayne culture isn’t easy.

“We are a professional fighting force,” Mixon said. “Any indication of a perceived weakness is not something we’re used to.”

Capt. David Larimer of the 2nd Brigade Combat Team is helping soldiers get treated for PTSD and other conditions.

“It was not addressed in my training,” Larimer said.

That training, though, has changed in a hurry. Knorr holds regular classes at the post aimed at every soldier with enough rank to lead troops.

The message: Mental trouble is no different than any other battle injury and should be treated accordingly.

“It’s the same as being shot in the leg,” he said.

Legs bleed, but troubles with soldiers’ minds can be harder to spot.

Soldiers don’t want to acknowledge that they have a problem because they think it would be a career roadblock and damage their standing with comrades, he said.

The post relies on questionnaires to assess how soldiers feel when they get home, and the watchful eyes of commanders and spouses to determine which soldiers need help.

Most, like Cain, report their mental illness to commanders.

“It was a Sunday and I took myself to the emergency room,” Cain said of a day in 2005 when he sought help at Evans.

It wasn’t an easy call for Cain, who knew that by seeing a psychiatrist he was running the risk that he might be found mentally unfit to lead troops.

He said his commanders have been supportive, telling him to get healthy so he can come back.

But Cain, who said he’s still isolated from family members and full of anxiety about what he went through in Iraq, won’t be going back.

His soldiers with the 2nd Brigade Combat Team are in Iraq again, serving in Ramadi under another sergeant.

Cain’s getting out of the Army. He said he couldn’t stay.

“I would risk making a decision that could get someone hurt,” he said.